The 2022 NFL season is nearing its conclusion, and the true Super Bowl contenders are beginning to emerge, with the game having amazing Super Bowl bet options for wagers.

There are, however, always teams that may make a late run, as the Cincinnati Bengals did last year when they won the AFC North and the AFC Championship.

The last four NFL regular-season games are approaching, and the stretch run has begun. Bye weeks are concluded, the fantasy football playoffs have begun, and teams in the playoffs must perform well to continue playing into January.

Before the commencement of the playoffs, it is crucial to increase the value of futures. Who are the real candidates for first place? The Bills’ odds of winning the Super Bowl are decreasing, but they remain the favorites, as they were before the game began in the Super Bowl betting. The Bills have won games, but not by as large of margins as they did earlier in the season. After losing two consecutive games, the Bills have won four, three of which were close.

Recent injuries to Von Miller and Micah Hyde have hampered the Buffalo Bills’ defense, but Josh Allen has kept the team atop the AFC despite his setback. This was evident when he led a game-tying drive against Miami in a snowstorm on Saturday night.

Former MVP frontrunner Josh Allen has yet to perform at his best. In each of his four victories, he has just missed 300 yards. Many are astonished that the Bills have maintained their lead despite offensive struggles and the loss of Pro Bowl pass rusher Von Miller for the remainder of the season.

His Superman-like dive over the pile to the goal line for the two-point conversion demonstrated his willingness to go to any lengths to help the Bills win. Allen is second only to Patrick Mahomes in terms of EPA per dropback, giving the Bills the highest chance of winning the Super Bowl. 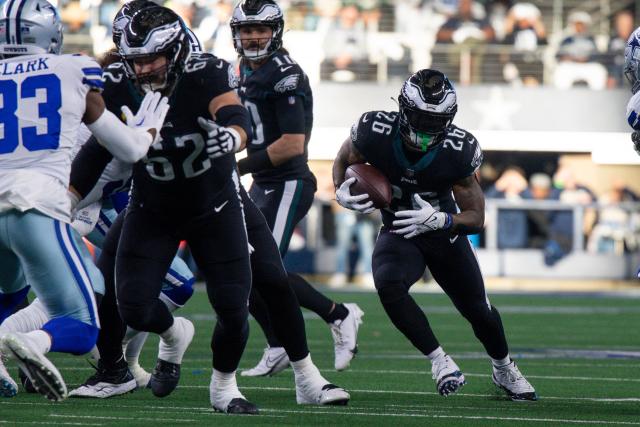 Sunday was the Eagles’ thirteenth victory of the season, but it might have been disastrous. Jalen Hurts may be unable to participate after suffering a right shoulder strain against the Bears.

In the NFL, the Eagles are the team to beat. The Eagles continue to chase the Bills for the title of Super Bowl favorite, as they have all season. At 12-1, they are two games ahead of the competition.

Sanders was skilled and could have had a fantastic season, but the fact that he rushed for over 1,000 yards and scored over ten touchdowns has been a tremendous lift for this team. This is especially noteworthy, considering Sanders was held out of the end zone for the 2022 season.

Through contact, he has grown as a runner and become more physical. This, along with his excellent health, has allowed him to perform well behind one of the top offensive lines in sports and alongside Jalen Hurts.

Jalen Hurts the frontrunner to earn MVP, and the offensive line of the Philadelphia Eagles has been crucial in protecting his pocket. Hurts is a superb quarterback, but he can truly shine and utilize his legs when he has more time.

The Commanders were the Eagles’ sole obstacle in Week 10, but they did an excellent job of overcoming it. The NFC’s top seed is almost certain. Except for their Week 16 matchup against Dallas, the Eagles should breeze into the playoffs.

The Eagles are still the favorites to win the NFC, and they only need one more victory over the next three weeks to secure the top seed and a first-round bye. The Eagles will remain at the top of this list as long as Hurts is healthy enough to participate in the playoffs. 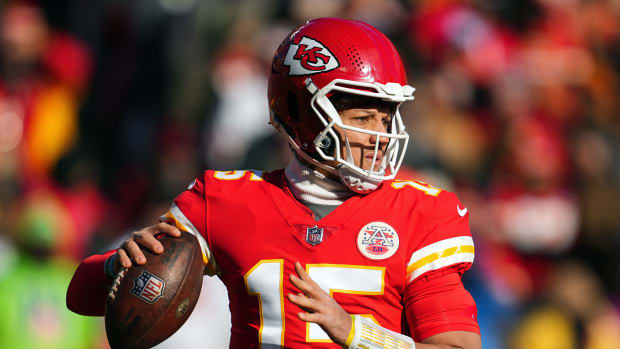 McKinnon has been an integral element of the Chiefs’ offense. He is the most dependable pass blocker and receiver on the team; hence he plays on passing downs. He is tied for second on the team with six touchdown receptions and third with 46 throw catches.

Hurts and Patrick Mahomes are deadlocked for Most Valuable Player, and Mahomes has been his typical amazing self so early this season. Before the start of the season, the loss of Tyreek Hill was a significant blow to Patrick Mahomes and the Chiefs. However, the offense has not suffered, thanks to Travis Kelce and the rest of the Chiefs’ receivers.

Patrick Mahomes continues to make bizarre throws each week, and even if Jalen Hurts is injured, Mahomes should be the overwhelming favorite to earn league MVP. In terms of expected points added per dropback, he is the league’s best quarterback, and the Chiefs’ offense is nearly twice as good as the rest of the company, letting you enjoy the odds of winning the Super Bowl.